Robert "King" Moody (December 6, 1929 - February 7, 2001) was an American actor and comedian, best known for playing Starker in the television series Get Smart. He also played Ronald McDonald in a series of McDonald's commercials from 1969 to 1985, and the spaceship captain in Teenagers From Outer Space and other roles in some 40 movies and television episodes including Bonanza, The Bob Newhart Show, Chips, Combat, The Man From U.N.C.L.E., Dragnet and Sea Hunt. 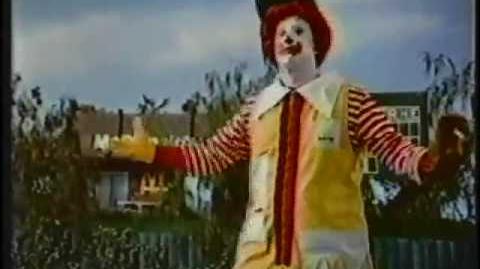 McDonald's Commercial (1983)
Add a photo to this gallery

Retrieved from "https://mcdonalds.fandom.com/wiki/King_Moody?oldid=19778"
Community content is available under CC-BY-SA unless otherwise noted.