Squire Fridell (born February 9, 1943) is an American actor and spokesperson who has appeared in supporting roles in numerous movies as well as guest roles on many television shows since the 1970s. He portrayed Ronald McDonald from 1984 to 1991, both in McDonald's commercials and in the film Mac and Me and the 1989 animated video The Adventures of Ronald McDonald: McTreasure Island.

Squire is perhaps best known for his infectious enthusiasm displayed in over three thousand television commercials. One of his better known commercial personas was that of the "Toyota Man", a man pleased with his Toyota at a time when the Japanese automaker was trying to break into the American market. Following the retirement of King Moody in Oakland, California, Fridell applied for the role of Ronald, so that he could move to Sonoma Valley. He attended the University of the Pacific where he was a member of Phi Sigma Kappa fraternity. Squire currently resides with his wife, Suzy, at Glen Ellen (in the Sonoma Valley region of that state) where they have operated the GlenLyon Vineyards and Winery since 1989. Squire and Suzy (a professional dancer and dance teacher for many years) have one daughter, Lexy, who is pursuing an acting career in New York City. 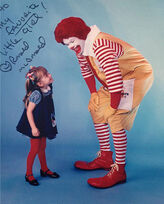 Squire as "Ronald McDonald" in magazine ad with daughter Lexy, in the late 1980's. 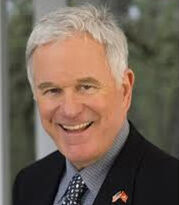 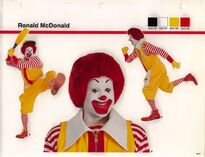 Squire portrayed Ronald McDonald from 1985-1991.
Add a photo to this gallery 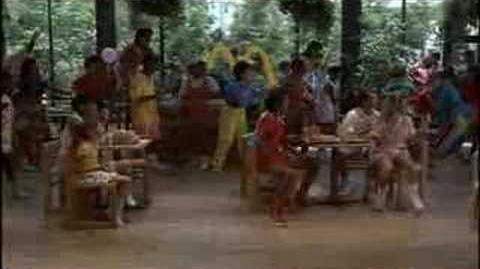 Retrieved from "https://mcdonalds.fandom.com/wiki/Squire_Fridell?oldid=19793"
Community content is available under CC-BY-SA unless otherwise noted.